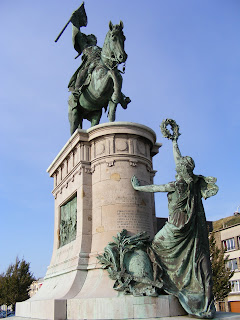 Last weekend we had a family day trip to Boulogne, easy now that Speedferries are taking foot passengers. Superb crossing and we headed for the old walled town & 'did' the town ramparts and chateau-Musee, its art galleries and underground tunnels full of roman artefacts. A leisurely late lunch was taken in the old town square opposite the HQ of Napoleons Grande Armee. On the coast road just past Nausicaa the French National Sea Centre, is the above statue commemorating the 'liberator of the South Americas' Jose de San Martin...a cracking great statue. Born in South America he fought with the Spanish in the Peninsular in 1808 & on returning to South America was one of the liberators of Argentina (1816), Chile (1817) and Peru (1821) he died in exile in Boulogne in 1850. See Wikepedia for a full Biography http://en.wikipedia.org/wiki/JosÃ©_de_San_MartÃ­n#Military_career_in_Europe

Another memorial although not military in nature is worth showing and commemorates Auguste Mariette (1821-1881) scholar and one of the foremost Egyptologists of his generation and the founder of the Egyptian Museum in Cairo. 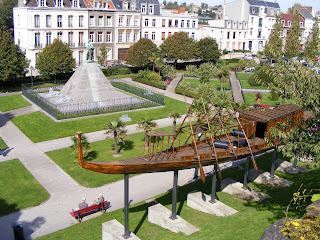 Posted by Fraxinus at 17:35 1 comment:
Labels: Places of Interest 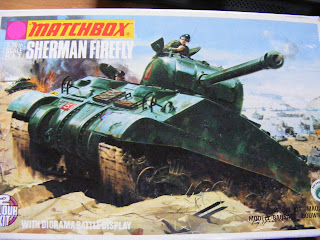 Although being of the Airfix generation this is one kit I remember buying from the local newsagent in the 1970's in Walton on Thames Surrey, Mr Porter stocked a few kits on his shelves and he dressed like Ronnie Barker in 'Open All Hours' in a brown shop coat and he also rather scaringly had a hook in place of a missing right hand! Once built the Brits at least had a tank to take on the Germans Panther in the school wargames club. Hmmm ...might have a regular old kit feature on the blog an excuse to explore the attic!! 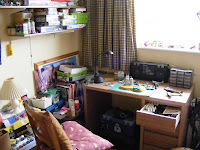 Posted by Fraxinus at 17:13 No comments:
Labels: The |'Creative Space'

Well just to demonstrate how bad I am at concentrating on one subject area this is whats currently occupying my modelling table :

Yes unfoccused as usual but I like variety. One of the debates I notice on forums and blogs is the continous old chestut of plastic wargames figures v metal some of the debate is almost snobbish, now I am used to plastic aircraft kits & have just about kept my modelling activities going since I started at the age of 7! and personally I like both materials and I think it makes sense for the bulk of any army to be made up from the cheaper (but well crafted) injection moulded figures with characters & specialist units in metal. These are very interesting times with the Perry's, Victrix and Warlord Games in the process of developing or producing excellent injection moulded figures.

I do have some project aims in mind for the coming winter and these are :

As an aviation modeller I do concentrate on mostly RAF 1914-1960 aircraft however Zvesda'a Russian PE8 is rather nice!!

The only problem being with the above is Time!! a full time job and family life push the hobby into 3rd place .....but that's nothing new for any of us except those lucky few who earn a living from their hobby!!
Posted by Fraxinus at 16:56 2 comments:

Okay my first post on this new Blog. Why..... well I started my first blog and lost interest after 1 posting!! a record perhaps but now I feel guilty having enjoyed other peoples blogs on wargaming, history and the environment for the past 18 months and feel I should join in instead of just being an avid reader!! so welcome one and all to my corner of the wargaming military history & aviation modelling world. I am probably the ultimate 'butterfly' in hobbiest terms. Most people on similar blogs have intersts in military history perhaps wars of the Spanish Succession, Napoleonic or the World Wars. Others prefer aircraft modelling or tanks or naval subjects BUT I am afraid I am fascinated by the lot so initially this site will have an eclectic mix until i get more organised!!

Enough rabbit and banter. Why the name Victory V ? Well this is a reference to one of my all time military heroes ....no not Wellington, Marlborough, Monty or Bader but My Grandpa!! He was in the RMLI (Royal Marine Light Infantry) componant of the Naval Division Joining up at Chatham in November 1915 and de mobed February 1919. He went over the top was wounded and had many tales to tell about France but when convalescing or under training he was based at 'Victory V' Portsmouth with the 1st Reserve (RMLI) battalion......and I thought that will do as the blog title!! its short & I cannot forget it!!.... a bonus as I push on through the 40's!
Posted by Fraxinus at 13:13 No comments:
Newer Posts Home
Subscribe to: Posts (Atom)