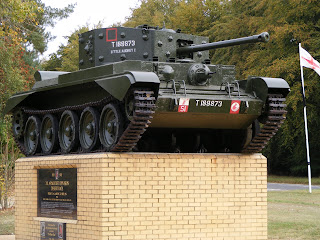 Absent on the blogging front as I got a 4 day 'pass' from life in Kent & had an aviation filled trip to see my friends in Suffolk/Norfolk. This included flying in a DH Chipmunck, 2 Aviation Museums and a trip to a certain modest model retailer called Hannants!! More on this in a future update. 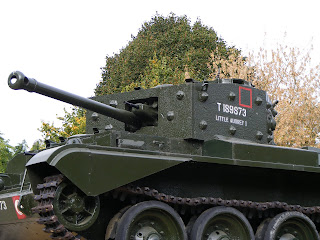 Where Chris & Nessie live is Thetford Forest with a rather fine 'gate guardian' in front of their house!! a Cromwell tank!! This commemorates the 7th Armoured Division the 'Desert Rats from El Alamain to Berlin' 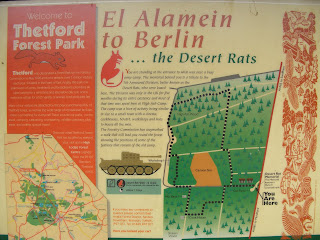 The Division was stationed in Thetford Forest between January & May 1944 while they prepared for the D Day invasion of Normandy. This was the only time in it's entire existence that it was in the UK! They sailed from Felixstowe on the 5th June 1944 with the first tanks landing on Gold Beach on the evening of 6th June 1944. 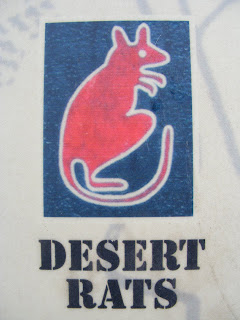 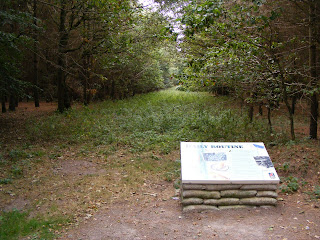 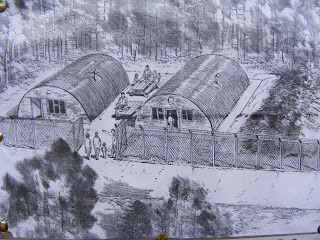 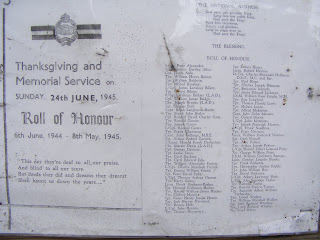 The information boards are very informative and well done & bring the history to life in context to the landscape. It's an enjoyable walk good for bird spotting Siskins & Goldcrests in evidence when I was there. 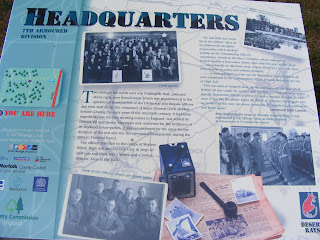 More info at the Forestry Commission web site which also updates you on what countryside events are going on in the area.
Posted by Fraxinus at 14:04 3 comments:
Labels: Desert Rats, Memorials, WW2
Newer Posts Older Posts Home
Subscribe to: Posts (Atom)