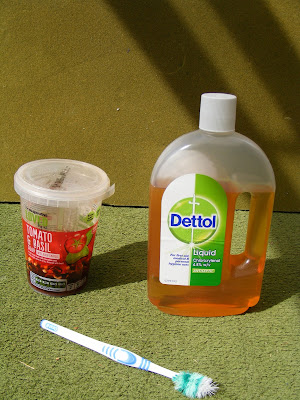 After perusing the rejuvenated Waterloo to Mons Blog I  have decided to join Matt on a retro Airfix Waterloo project...although other 20mm plastic manufacturers figures will be added to the core set. This led to me exploring that part of the loft insulation rarely visited plus a couple of chance buys at local collectors shops.

Thinking about it I am not sure I have ever had a project as such but in all truth I dip without any planning into whatever takes my fancy at the time with my modelling table groaning under figures and kits from all eras. I do envy those who see a project to the end. 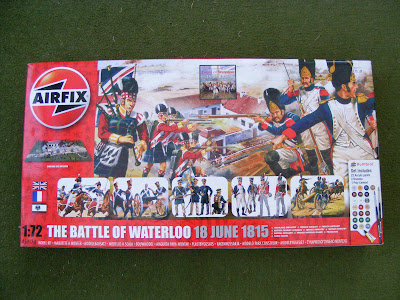 To start with I found similar to Matt that the current catalogue Airfix Battle of Waterloo set suffers from the age of the injection moulds which although not in the same league as the flash on current WW2 Revell German paratroops (that is another story!) is still frustrating when you are dealing with cleaning the mould seams off 'soft plastic' 20mm figures. New pack of razor blades, magnifying glass and elastoplast at the ready. 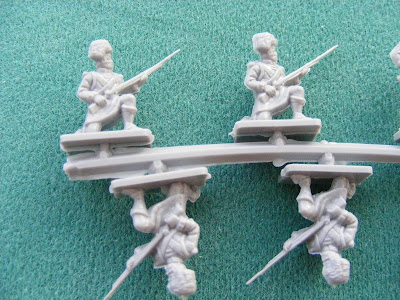 The first figures I will try to paint are usually the hardest those 'amazons',  the Highlanders, first produced by Airfix in 1969 as one of two packets of HO OO figures that started the Waterloo series. In a toy collectors shop at Herne Bay I found residing sadly forgotten in a shoe box, plastic bags of Airfix figures mostly Waterloo and American Civil War....I did a deal and bought the lot! Many are painted very badly but the Waterloo figures are in that cream plastic of the original sets with no flash. So goodbye Flash Gordon's but I needed to remove the paint. Time to try the Dettol method as recommended  online after some google research. Easier and cleaner than car break fluid apparently! definitely don't go there. 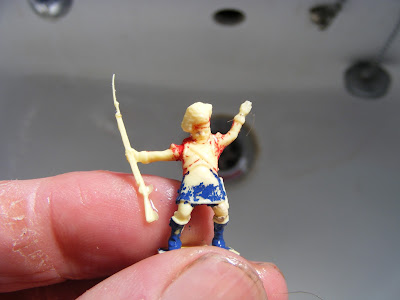 Take one plastic carton of Coop 'Loved by us' Tomato and Basil soup.....add garlic bread and eat for lunch. Wash up cartoon which has an excellent sealing lid add 2 inches of ordinary brown Detoll add Airfix highlanders and leave for a day occasionally shaking the carton when visiting the bathroom. I in fact left them 3 days as I had a short holiday break in between. Use a toothbrush and some running water and scrub and all the paint lifts off leaving 'as good as new' 1970's Highlanders. At least when they are hit by musket fire they should be resistant to infected wounds!!! 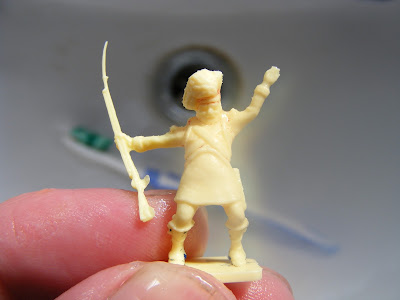 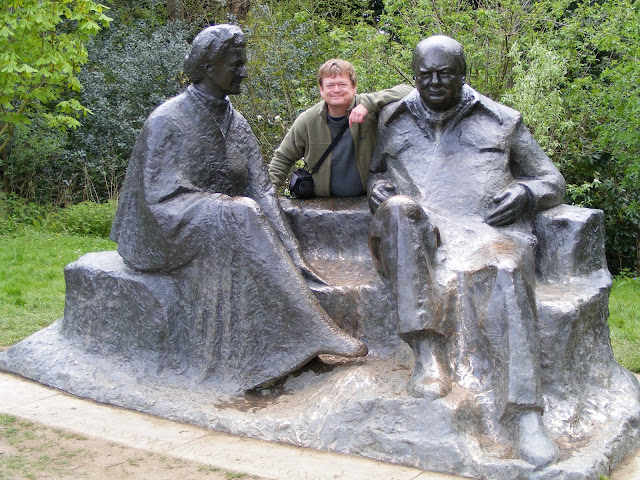 Well it's been a long time! 3 years ago as mentioned in my last post in the summer of 2013 my father was taken ill. Well a lot has happened since, including selling the family home in Surrey, moving mum into a bungalow near me and dad into a nursing home also nearby. The working life of an academy careers tutor has also become a lot busier as well, and modeling and wargaming has taken a back seat although some activity has taken place, usually short 1 hour games and just a few figures painted. Reporting this on a blog has been a call on time too far hence the blogging 'radio silence'.

February this year my father passed away and my partner Hazel's father also passed away 3 months later. We are just about recovering from these expected but still distressing events.

Earlier this year someone used a photo from my blog on Facebook saying it was their collection of Airfix figures! I made a suitable comment but it got me casually reading some of my favoutite blogs again although Matt and 'Waterloo to Mons' seems to have ceased again a great shame. I then decided I would soon revisit Victory V as I enjoyed the discipline of writing the blog and occasionally someone may perhaps have enjoyed reading it!

The regular article in Miniature Wargames on blogs has also brought some new sites to look at , but I must start looking at 'freshening' Victory V up a bit as it had become  a little cluttered and dated, tips welcomed as I am not in any way an IT 'techie' this may take some time! 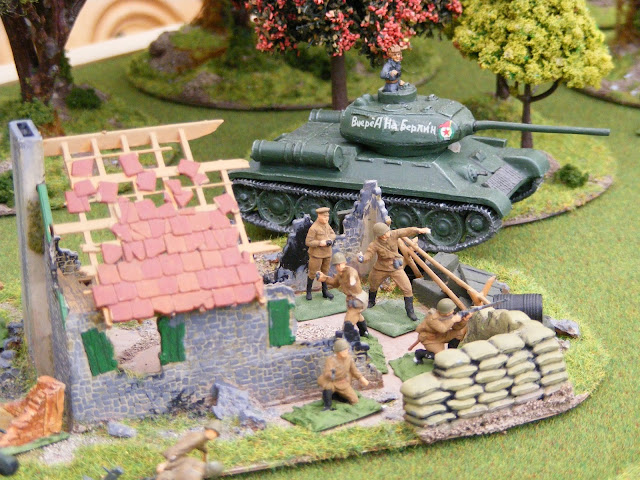 The above photo shows one of my old T34/85's (not Joseph Stalin thanks Simon!) behind an Airfix Strongpoint in a '1 hour wargame' in the 2016 Easter Hols. Oh and while I may not have modelled and wargamed much the loft insulation, stashes and lead mountains have increased vastly out of all proportion to activity.