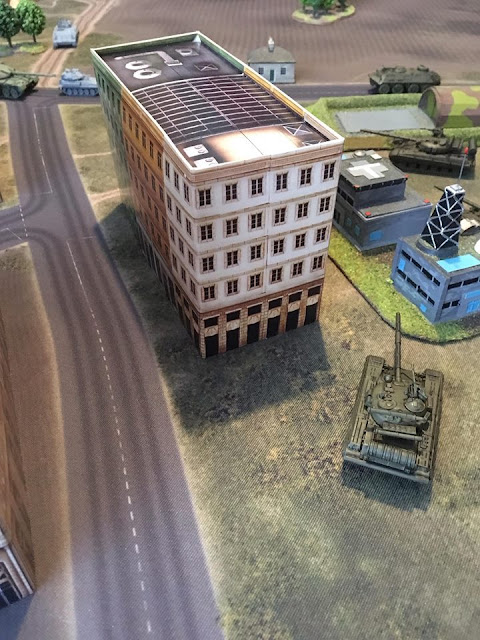 Well I met up with Mark this week even though I was going down with 'C in C Home Commands' cold to see where we were with our Team Yankee project. It has become a bit of an arms race and sadly 'cold war going hot' seems to be in the foreground of current word news with a return to chilled relations with the Great Russian Bear. 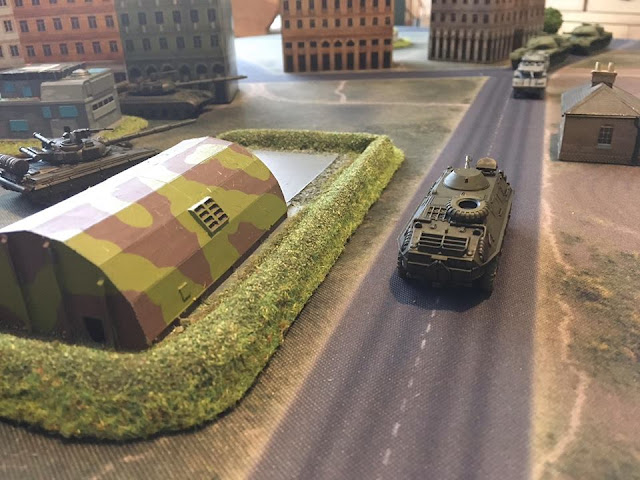 Basically I've always wanted to develop a 70's/80's British Army and always thought this would be in 'Micro Tank' scale until Battlefront developed Team Yankee in 15mm.  Initial releases were for American and Russian Forces but the British Iron Maiden supplement soon followed as did my immediate purchase of 'Charlie Chieftains' British Starter set. Now thankfully Mark nearly always likes playing the Germans in WW2 (I prefer the Brits being a jolly wizard chap) and likewise he was happy to collect Russian Forces for this game. Trouble is he makes and paints faster than me!! So while i've trotted out 5 Chieftains, 4 Scimitar/Scorpions, an Abbot and a Fox he's painted twice that number and a whole host of infantry to boot! 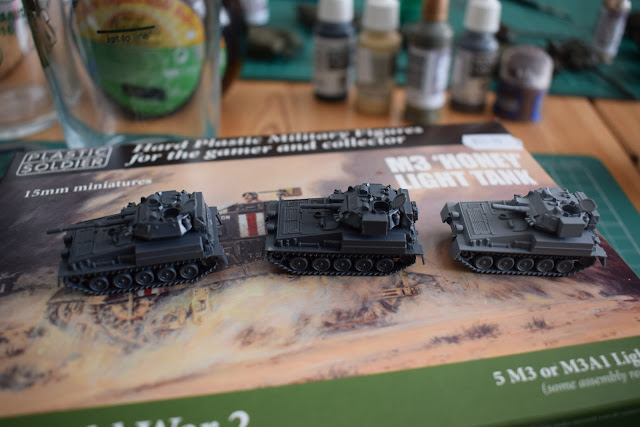 Predomonantly he's made T72 and T64 tanks with Acacia Heavy Howitzers that are a lot meatier than Abbot spg's , BTR's of some variety, Shilka's for air defence (how many guns do you need on a turret!) and some nasty looking Gecko SAM jobbies. 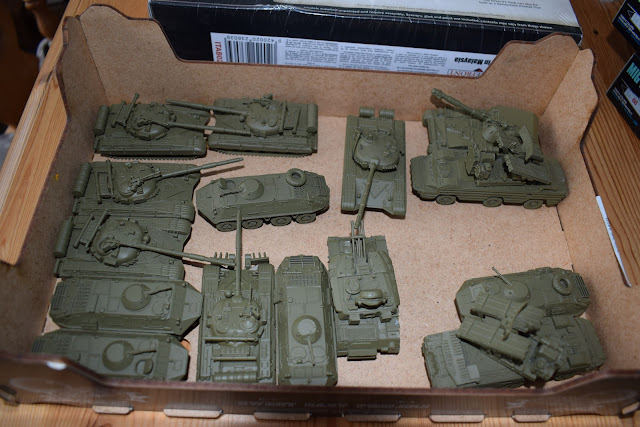 Also he's doing an excellent job on the infantry which in 15mm is always my dread! Mine will be in DPM uniform oh joy! 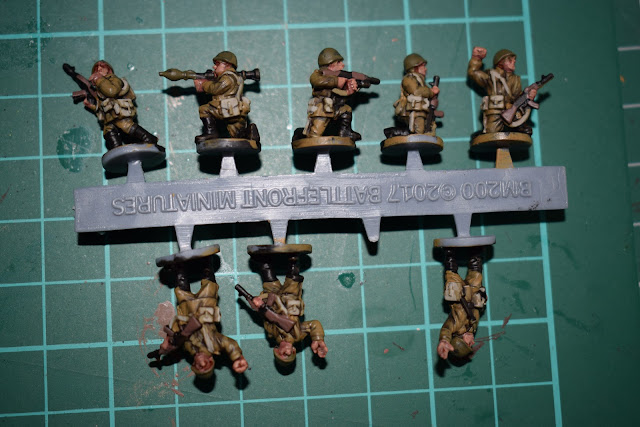 While I was playing catchup by completing the construction stage of my Scimitars and Scorpions on the day he was up to no good building Mig 21's (Tamiya 1/100 scale) and painting Hind Helicopters! 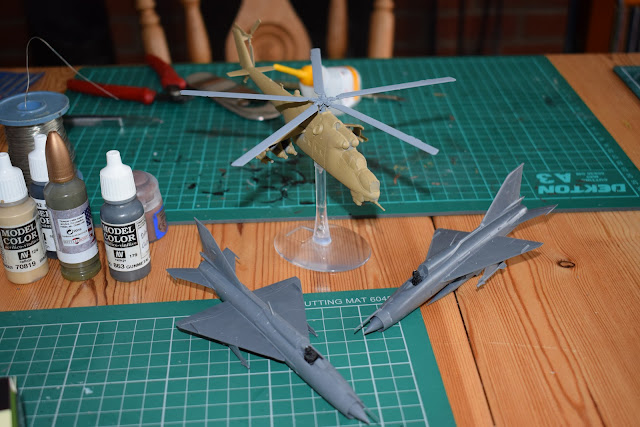 An important element of any get together is to look at various wargames purchases over the last few weeks/months plan visits to any wargame shows (Broadside at Sittingbourne) trips to Deal Wargames Club (i've only manged 1 visit so far) and any new projects that may divert our attention or dusting off old projects. This is done over a brew or two which I think aids construction and painting. 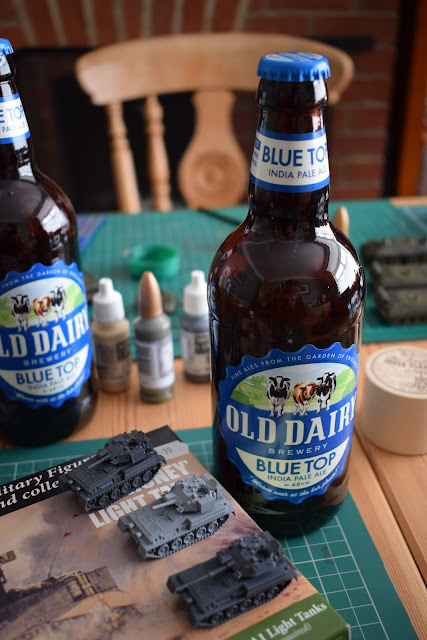 Old Dairy brewery is one of the new breweries in recent years to be set up here in Kent and are now based in leafy Tenterden near the wonderful Kent and East Sussex preserved Railway  which runs between Tenterden and Bodium Castle just over the border in East Sussex a lovely day out in itself. Their beers are named after milk bottle tops so you can get red top, gold top etc and is a very quaffable pint whether from a pump in the local or out of a bottle highly recommended especially when building models. 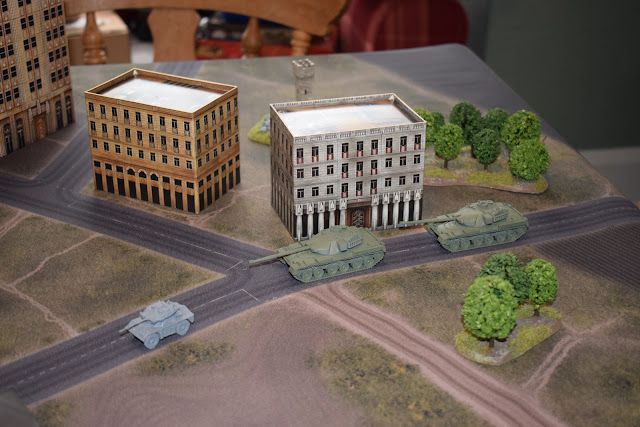 We finished off by placing vehicles and some scenary on a Tiny Wargames Team Yankee Battlemat , the above shows a Fox armoured car primed in Halfords grey primer and two chieftains waiting for their camo and shading....I am a slow painter!! 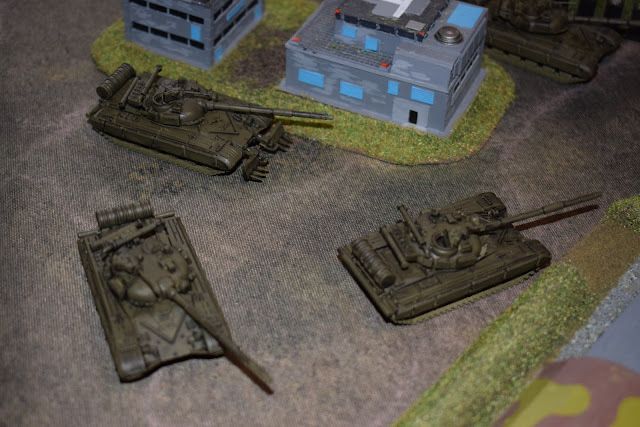 For those not into late 20th Century wargaming etc have no fear other stuff is on the go as my previous post describes and I can't concentrate for too long on one subject! Now who mentioned the Franco Prissian War recently? PS the better photos are Marks (thought better credit them!) 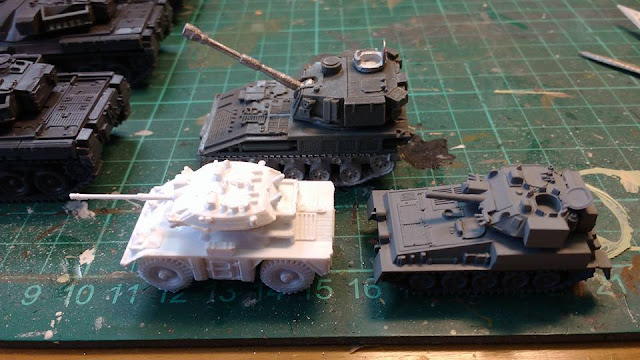 So the usual long gap in posting! This time due to loosing my little book of passwords ! I couldn't log into the google account that I use to write this blog. Lesson learnt I hope. Well a lot ....and I mean a lot of purchasing has been going on in the past couple of years and as usual sadly little painting or modelling time. At what point does one just become a collector?  I have a friend who is now a regularish (school holiday's both in teaching profession) opponant and is a bad influence on the latest glitzy wargames trend. This has meant that I have dusted off old WW2 armies and bought loads more games and toys. 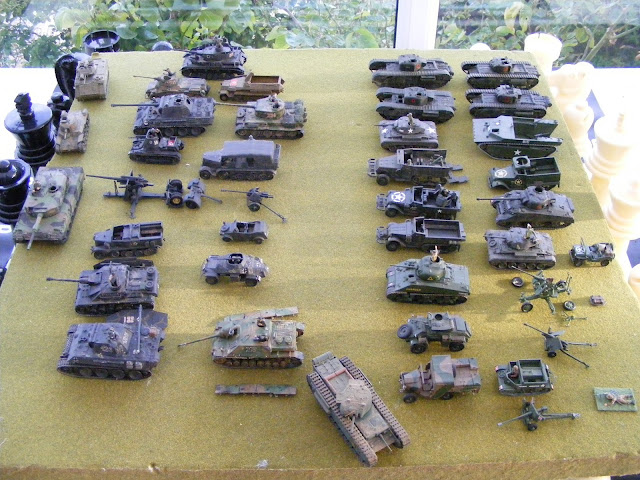 Above are some mortal remains of old WW2 stuff from 30 years ago, thankfully the Russians were in a better state of repair.

This article is a useful theraputic aide memoire as i'm making more time to engage with my hobby and I definitly need to look at where I am at;

Team Yankee 15mm (Cold War) - British , West German, East German. An active project I am really enjoying I do love a Chieftain Tank! It also seems very close to home as it's a period from my history. Status: Collected all the army books building and painting British army first aiming to game by the summer school holiday.

Flames of War 15mm (Desert Campaign) - Not got into WW2 Western Theatre Flames at War as I have loads of 20mm models as I have for the desert campaign but the models and forces guides looked superb and attracted by starter boxed sets - British 8th Army & Italian Avanti. Status : recent acquisition yet to begin.

Saga - 28mm Dark Ages - Painted 10 saxons a couple of years ago never purchased the rules just the toys (Saxon & Viking) but have now obtained Saga 2 ruleset and Age of Vikings supplement . Status: looked at the pretty pictures and will paint some mini's to give a break from painting tanks!

Dead Mans Hand - Western Gunfight Game 28mm - Have rules and a few packs of Artizan/Wargames Foundry Cowboys . Status - Undercoated figures and painted flesh tones plus built half a westren town shop in MDF. Only needs 5 figures to get a game going ! 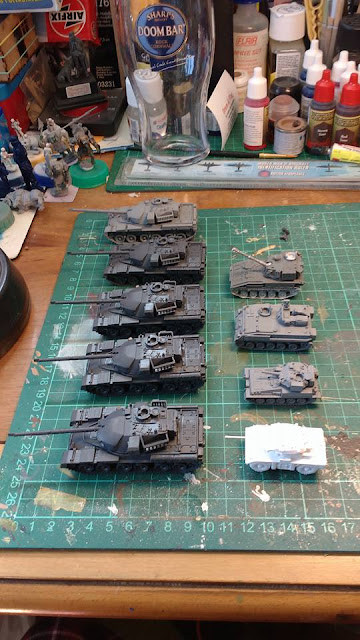 Bolt Action 28mm WW2 - I am easily suckered into a good sales marketing approach and have amassed tanks and figures for all nations plus recently Farm Animals and a barn!Status:  yet to build anything. 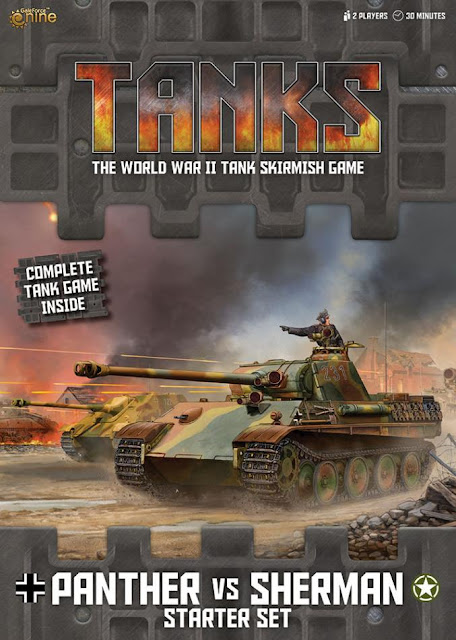 Tumbling Dice 1/600 Aerial Combat - Starter set purchased of B17's and Me 262's etc should be easy to paint and get a game up and running. status yet to begin.

Naval Wargaming - WW2 1/3000 Navwar ships bought of e bay inspired by a visit to Chatham Wargames club. Painted the mighty HMS Hood and came to a halt undecided on rules but should be easy to get a game going quickly

World War 2 20mm projects - Interested in all nations and armies currently building Russian, German and Italian Tanks. Have purchased Italian and Japanese figures and armour recently. Status: always have something on the go in this area of the hobby as much from a modelling viewpoint as a wargaming one. Have played 1 hour wargame rules using 20mm tanks and figures in past couple of years.

Phew a scary list demonstrating a total lack of will or focus that some hobbyists have on one era or project at a time. The trouble is I have always been fascinated by all eras and genres of the hobby apart from one, Samurai games and figures which have never influenced me at all. On top of all this I am an aviation buff and collect and build aircraft models (as often as the wargaming ones!) and have a good and expanding collection of early Airfix boxed figures and playsets. I posted pictures of some of the 1/72 HO OO figures a few years ago but will add articles soon on playsets and buildings. how many of you have similar habits to the above list? how many sell before they buy?